I should have posted tenkara trip reports all along. These will not be nearly as formal as the rod reviews or the discussions on flies, but will be quick and dirty reports of what I tried - what worked and what didn't.

After just the second report, it has become obvious that this page will be much too long if all reports are published here. I will leave the original one here for now and just post links to more recent trip reports.

Looking at the list, it seems like I haven't been fishing much this year. I have been out, but for most trips there was really nothing much to write about.

October 20, 2013 - A Field Master, Bluegills and Upside Down Bucktails

Went to one of the few streams that is still open and relatively easy to get to via public transportation. The weather was in the low 40s with a breeze. When it gets much colder than that I stay home and tie flies.

As usual, I had a number of rods I wanted to fish with. I always have some rod/line combinations I want to test, and often have new rods I am trying to decide whether to carry on tenkarabum.com. (I don't remember the last time I went fishing with only one rod and wasn't evaluating something.)

I ended up catching three fish, had three long distance releases and missed one "bump" that was clearly a fish rather than a rock. All the fish were caught with a Killer Bug variation tied with a yarn I now call Tupps yarn rather than my usual Sand (for Killer Bugs) or Oyster (for Utah Killer Bugs). The bug was tied on a size 12 Daiichi 1560 nymph hook, with small red Ultra-wire for an underbody (also used to tie off the yarn). The Tupps yarn produces a bug that is much pinker than either the Sand or the Oyster (and would make a nice Tupps Indispensable). 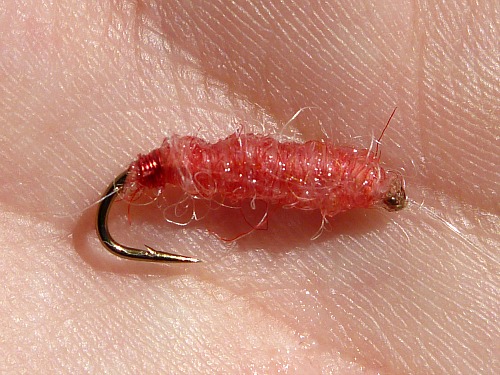 
The first fish was caught on a Nissin 450 ZX 2-way rod that can be fished at a length of either 13'6" or 14'9", with a size 4 Hi-Vis fluorocarbon line. The rod is not available on the site now, but it might be in the future because I really like the rod. At the shorter length the bend characteristics are almost identical to a better known rod of that length that is often used for larger fish, but the Nissin also zooms to a longer length, which the other doesn't. 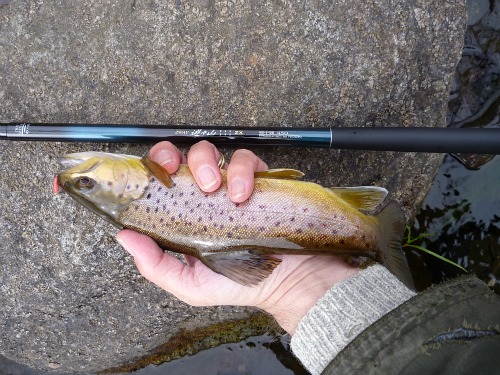 
A little while later I got a pleasant surprise. By far, most of the fish in the stream are stocked, and the state stocks both browns and rainbows. There is some natural reproduction of browns, though, and any brown trout that is less that 9" is streambred. I caught the following fish and then had an LDR of what could have been his twin (probably was, come to think of it). This fish was caught with the Shimano Kozuka 30NT, which it turns out is a nice rod for nymphing, being just a bit stiffer than most tenkara rods. The line was the heavy Hand Tied Bi-Visible line. 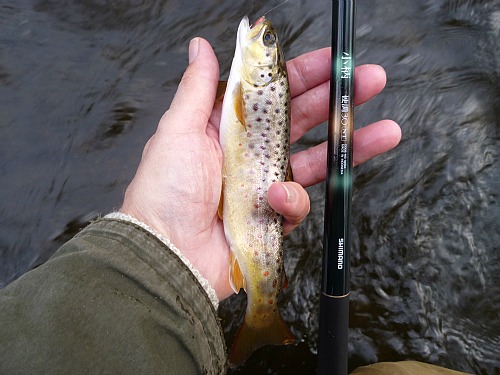 
The last fish of the day was the best fish, not only was it the largest it also went airborne several times during the fight. (Plus, it came from a lie that almost always yields a fish, so it was almost like reconnecting with an old friend - though I doubt it felt quite the same way about it). It came on a rod I borrowed from Tom Davis at http://tetontenkara.blogspot.com/. The rod is a Daiwa SEKKEI 36M, which is also a great nymphing rod and has the added benefit of zooming, so it can be fished at a length of 3.2 meters (10'6") or 3.6 meters (11'10"). It's just enough stiffer than the Shimano that it might be a special purpose nymphing rod rather than a more all around rod. Nice rod, though, and it does have the advantage of zooming. Thanks Tom! Now I have to decide whether to carry them. 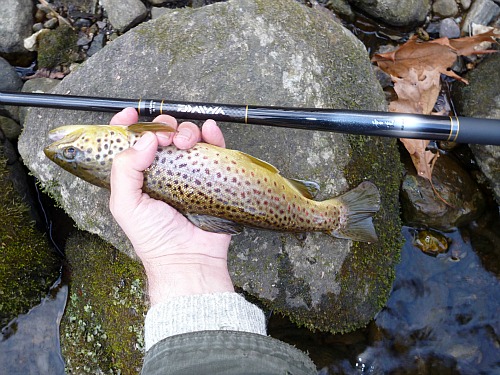 
After releasing the fish I saw a couple fishermen just above me who were working their way downstream, so they had only very recently fished the water I would have gone to next. Plus I was getting stiff and cold and if I left right then I'd have time for a hot cup of coffee at the little diner next to the train station before the next train came. I decided to call it a day. Not a bad day for late November in these parts. 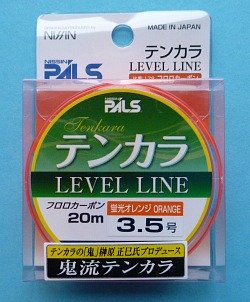