I fear I was the root of the misperception. When I first started importing the Daiwa Soyokaze rods I called them Tanago Rods in a futile attempt to avoid a nasty spat with the tenkara purists over just what is and what is not a tenkara rod. Daiwa listed tanago as one of the species that the Soyokaze rods can be used for.

I had become intrigued by the Japanese tanago anglers’ desire to catch the smallest possible fish rather than the largest, and it was in searching for tanago fishing gear that I found the Soyokaze rods. I imported them with the thought that they would be used for micro fishing – broadly defined as fishing for species that do not grow to a weight of one pound. However, it became obvious very early on that most of the buyers were using the rods for tenkara fishing instead, targetting trout, not micros.

I believe tenkara fishing is a style of fishing. Being a style of fishing, pesonally, I think it is species independent. In addition to the amago, yamame and iwana for which it is used in Japan, exactly the same style can be used to fish for trout, grayling, smallmouth bass, sunfish, and other species much too numerous to mention. Tanago fishing, on the other hand, is fishing for tanago. In that sense, it is like bass fishing, or pike fishing or carp fishing – fishing for a specific type of fish. If you are fishing for trout you are not tanago fishing, you are trout fishing.

In Japan, people who fish for tanago do use a rod with the line tied to the rod tip, but that is where the similarity with tenkara ends. They use a float, a weight and a baited hook. They do not walk upstream, casting to likely looking spots, as one does while tenkara fishing. Most sit on the bank in a folding chair, dropping their hook, line and sinker straight down from their rod tip. 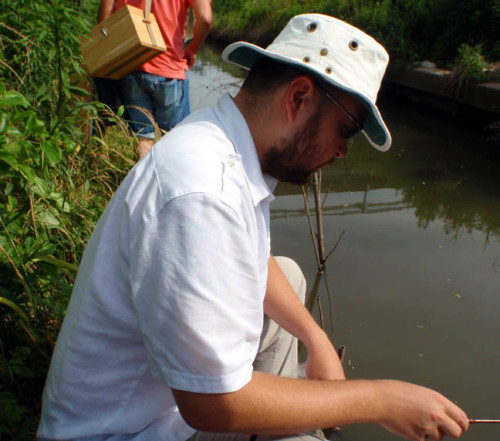 Because the rods are not cast like a tenkara rod, the rod is held in an entirely different way. To the untrained eye, it looks almost like holding a single chopstick. This allows the angler, who is often sitting on a relatively high bank alongside a pond or irrigation canal to point the rod down towards the water. That minimizes the amount of line that is used and makes it easier to reach and unhook the fish that are caught. 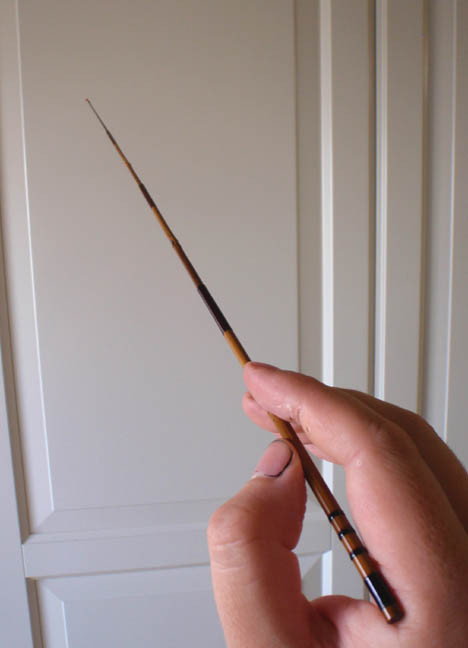 I am still curiously drawn to tanago fishing. I don't really know quite what it is about it that attracts me, but I think it would be a very serene way to pass an afternoon. In Japan it is not just a pastime, though. Tanago anglers can be as fanatical as any - using microscopes and jewelers' tools to grind down hooks that are almost unimaginably small to begin with. The meticulously crafted bamboo rods that may be only a meter long but which sell for hundreds of dollars should indicate that tanago fishing is as important to tanago fishermen as tenkara is to tenkara fishermen. 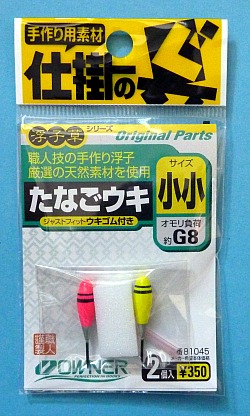