If you have nimble fingers and enjoy a challenge, here are two ways to snell a hook by hand. The first method is easier but the hook often ends up at an odd angle, which I do think reduces your chances of hooking the fish. 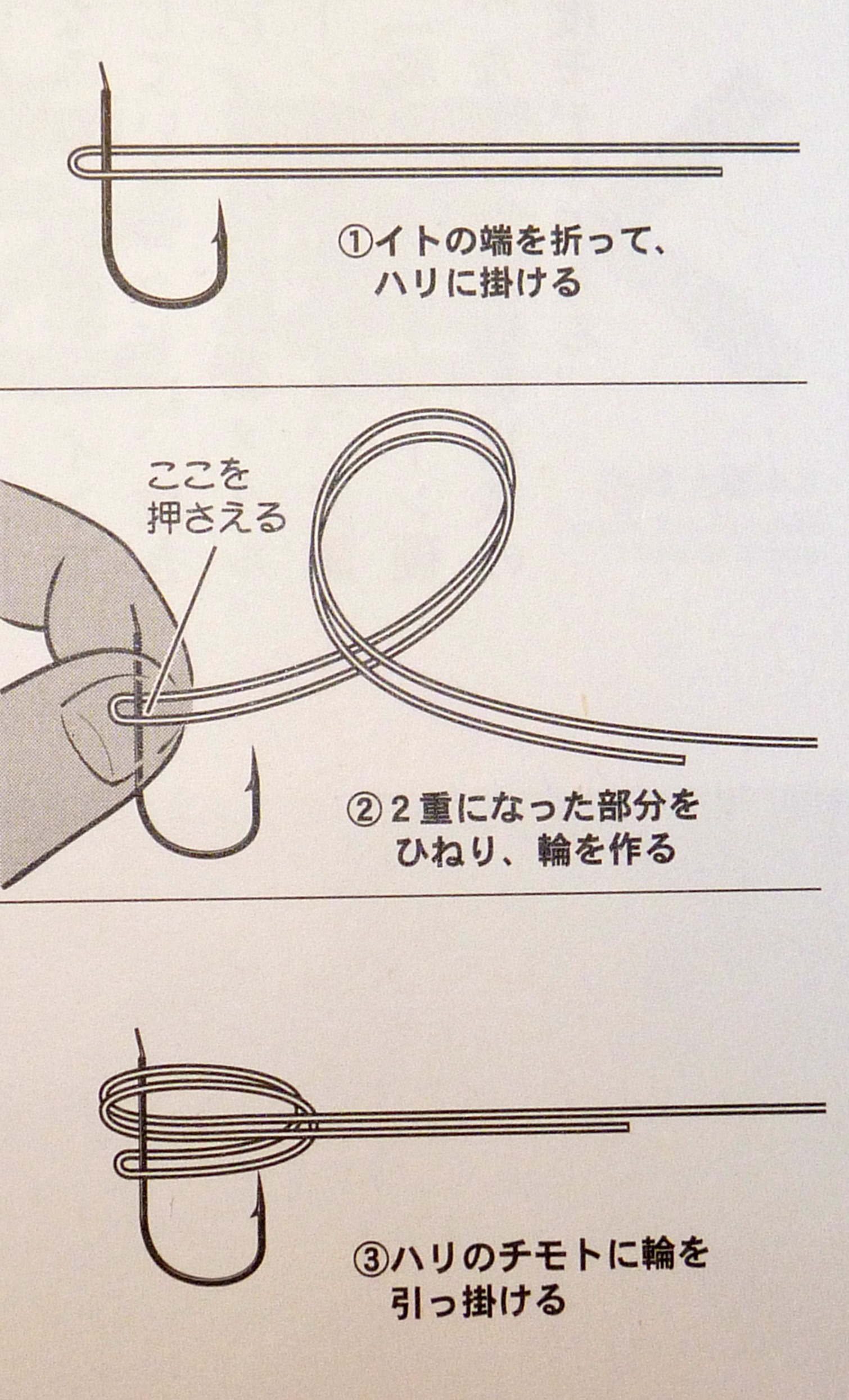 This method works well with very thin tippets. With thicker tippet it holds the hook at an odd angle because the line comes off the hook shank to the side and not to the front end of the hook.

The method shown to the left is a more standard approach. It is a bit harder to do with small hooks and fat fingers, but it does produce a snell that holds the hook in the proper alignment.

The third step of the illustration shows the end of the line passing behind the hook shank. I would have brought it in front of the hook shank, which would preserve your first wrap.

There are also a number of vidoes on YouTube that show how to snell a hook.

Of course, you could always used eyed hooks like the Owner Mainstream, which has a shape very similar to many of the bait fishing hooks used by keiryu anglers.