Worm fishing for trout in streams is easy and effective, but there's a better way than you're doing it now!

Most people use a spinning rod, probably a fairly short ultralight. There's a better way, though, a way that will give you a more natural drift and better strike detection.

Although this page could be a whole new website devoted to fishing for trout in streams with worms and salmon eggs, for now at least it will be a section of within TenkaraBum.com.

One significant advantage of fishing with red wigglers, which is the species I recommend, or the "Big Red Worms" that are readily found in most bait shops or big box stores, is that you can raise your own worms easily and inexpensively. I do not recommend nightcrawlers. You cannot raise them in a worm bin, and they are really too large for fish other than bass and catfish, which have a mouth big enough to take in the whole nightcrawler at once.

Unfortunately, there are several different common names for each of the worm species mentioned on TenkaraBum.com. To eliminate confusion, by "Red Wigglers" I mean Eisinia Fetida. By "Big Red Worms" I mean Eisinia Hortensis. By "Nightcrawlers" I mean Lumbicus Terrestris.

Fish by Sight, Not by Feel
(Active Bait Fishing) 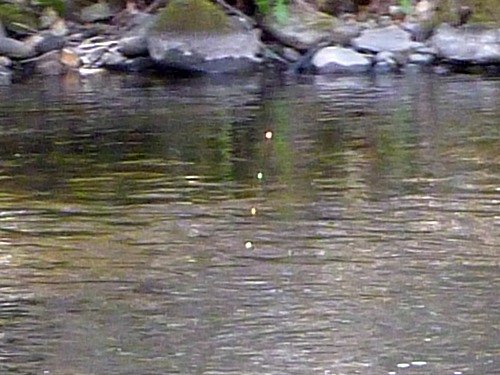 This is the typical hooking location when fishing either the keiryu style or the upstream worm style. There are very, very few deep hooked fish. It is easy to release small fish unharmed.

Here is another example of typical hooking location. Keiryu fishing and Upstream Worm fishing allow extremely sensitive strike detection. You set the hook before the fish gets a chance to swallow the bait.

"Ultralight Worm Fishing" is what I had called the style of fishing I discovered one day and which has proven to be extremely effective in streams that are relatively shallow and with which have a modest current. It is a technique that allows you to get the most natural drift possible, and at the same time minimize snags on rocks or the bottom.

I learned years later that what I had "discovered" had been known since the days of Izaak Walton and is called the Upstream Worm or Clear-Water Worm fishing. 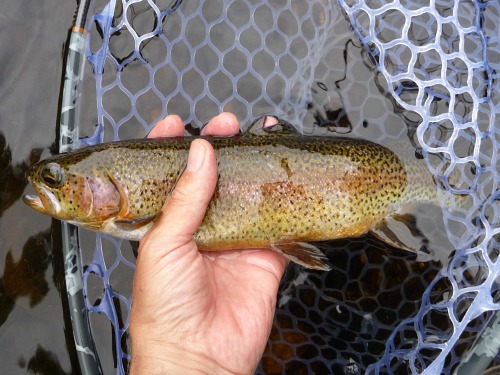 In earlier times, authors who wrote about fly fishing also wrote about worm fishing. Fishing a worm upstream in low clear water was considered by most authors to be as technical and requiring as much skill as fishing a fly. The first mention I have found of fishing "the upstream worm" was in the chapters that Charles Cotton wrote for the 5th edition of Izaak Walton's The Compleat Angler.

This is a guide to “composting” worm species, which can be used for bait and readily raised indoors – making them suitable for growing your own. They are also hard to find in bait shops, at least in many locations, so you’ll likely be looking online for them and have to wade through misleading and outright incorrect information regarding them. 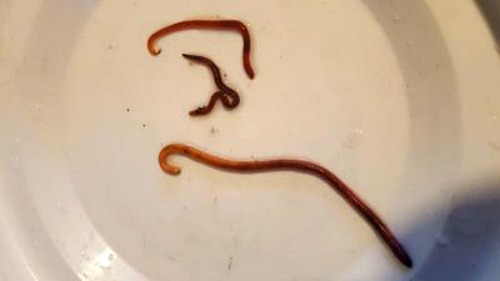 Confessions of a Red Wiggler Fisherman

Why Red Wigglers?  It is simple, they catch fish!  I have used them for fishing for Panfish, Trout, and both Smallmouth and Largemouth Bass.

Early in my fixed line journey I decided that I was going to learn how to fish with Red Wigglers.  I have been fishing them for almost a year now.  I enjoyed fishing with worms when I was a youngster, and my Dad often turned to Night Crawlers for fishing for Walleyes in Minnesota when nothing else worked.  I am not an exclusive worm fisherman.  I do still enjoy catching fish on flies.  In my experience so far, I am catching more fish with the Wigglers than my fishing buddies do with flies.  On a typical day, I outfish them at least two to one, and most often about four to one. 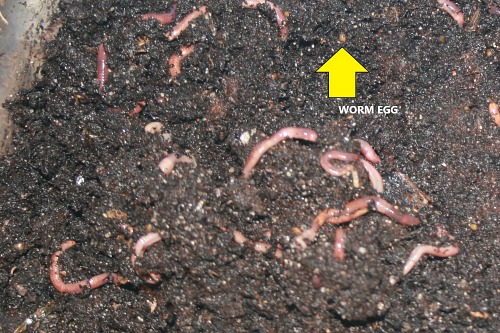 Red Wigglers are the best fishing worms.  Buying them is difficult at times.  Raising them is easy.

This article is about raising Red Wigglers for fishing in a way that is easy and convenient. We aren't composting. Raising them in an "urban" environment can be a challenge.  Having worms in the house or apartment can lead to spousal friction.

With those challenges in mind, I have spent the last 5 months working on several worm projects.  I would like to share the system I have worked out that allows you to grow your fishing worms discretely in the house  with minimal space.  I call it "The Park Avenue Worm Ranch." 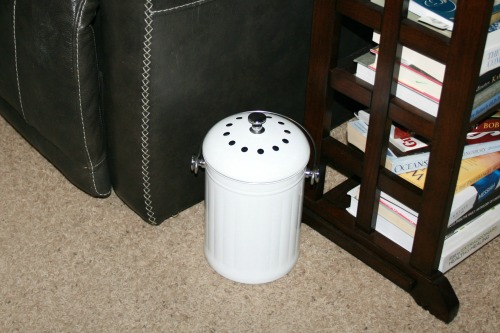 Ever wish you could fish in the Fly Fishing Only sections? With this fishing method you can! I have developed a dead simple "fly" that is legal in Fly Fishing Only areas, even ones that require barbless hooks. It takes seconds to tie and all you need is a pair of scissors. You don't need a vise or any other tools!

Learn how to tie the "Overhand Worm" and fish with "worms" even where worm fishing is not legal. Some states do not allow the keiryu fishing style in Fly Fishing Only areas, though. (Maybe it's TOO effective!)

You might even decide to fish with Overhand Worms all the time. They're a lot cheaper than buying worms, and boy, to they work!

One of the first trips where I used them was at a private club that is strictly Fly Fishing Only. They definitely proved their worth. 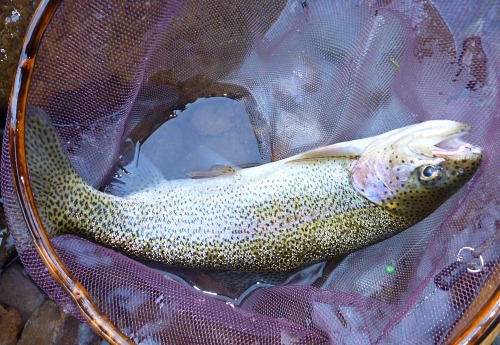 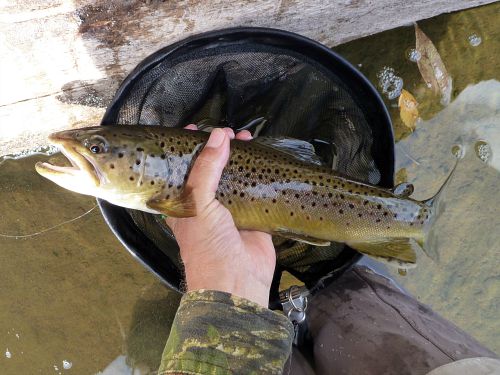 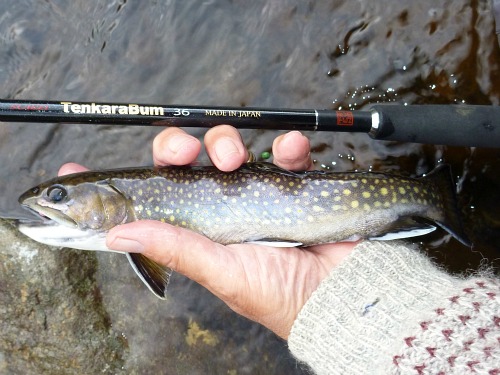 Fish eat worms! Sure, they'll hold onto a real worm longer than they will one made of chenille, but the keiryu fishing and upstream worm fishing methods are so sensitive that you'll know you have a bite before the fish realizes the Overhand Worm isn't real.