The Downside of Fishing in Parks

In my May 10, 2014 Trip Report, I extolled the virtues of fishing municipal, county and state parks.  This report gives the other side of the coin, the cloud surrounding the silver lining.

On Sunday, Coach and I fished a state park in New Jersey.  Our friend Klags had fished there the previous week and had had a wonderful day. In addition to the fresh air, exercise and beautiful scenery, he caught lots of fish.

I don't know if Coach felt bad about telling Klags about the spot but never having taken me there. On Sunday he rectified it. We went. We'll never go back.

I've had more privacy when fishing in Central Park!

I had to abandon one pool before making even one cast because an overly friendly person walked right up to the very edge of the pool as I was extending the rod to make my first cast. In response to a cheerful "catch any?" I had to bite my tongue to keep from saying "well, I would have if you hadn't just scared every damn fish in the pool!" 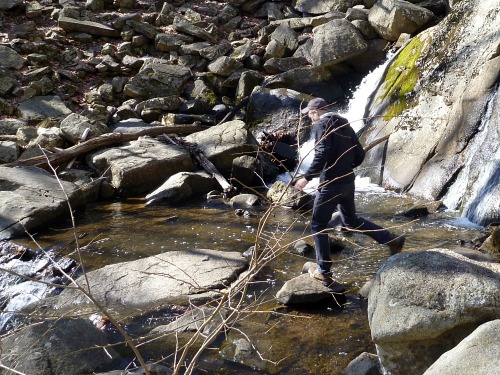 One guy walked right into the pool where I was going to make my next cast. Disgusted, I turned to leave, and then turned back for the photo.

Yes, I know that fishermen don't own the stream, but I would never walk right in front of a guy who was going to take a photo. 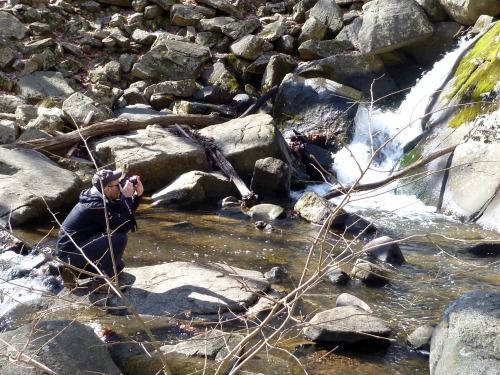 I guess Klags is still too young to be a curmudgeon. He loved it and will go back. I hated it and won't.

The next time I go fishing, I'm going to go alone. I'm going to go where there is no streamside trail, where I have never seen a dog walker. Maybe the next several times! 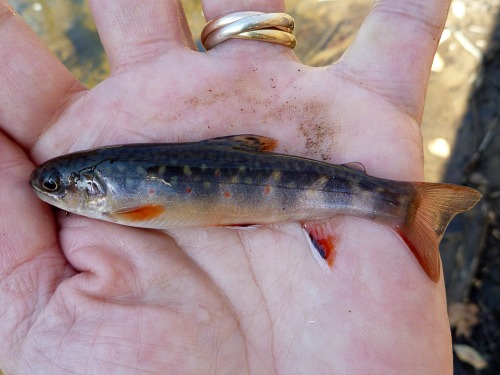 I didn't get skunked, but I can now say in all honesty,

a bad day fishing is most certainly NOT better than a good day at work!