Not all trips are epic. Friday was a "few" day, yielding three trout and two fallfish. Another advantage of long rods was revealed, though. 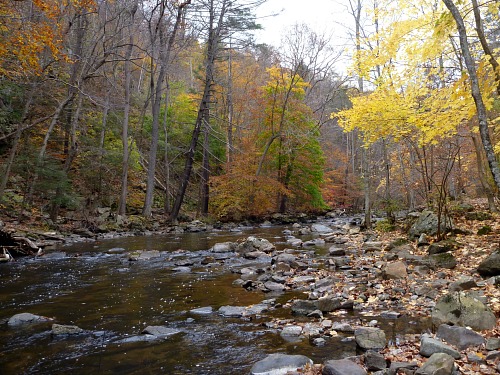 Coach and I started the day on a popular stream in New Jersey, one that I have often complained is the best looking stream in which I never catch any fish. Truth be told, I have caught a few fish there, but never as many as it seems like I ought to be able to catch. The water looks SO good. I suspect my relative lack of success may be that it really is a popular stream and it gets absolutely pounded. We saw many more anglers there on a raw Friday in late October than I usually see on a balmy Sunday in June where I normally fish. Given that I normally fish less pressured water, perhaps my game is not up to par.

I've been told repeatedly that it is a stream where one fishes a couple relatively small nymphs deep or one doesn't catch fish. I generally don't fish a couple small nymphs deep when I fish there, though, which might be why I've never caught many fish.

It wasn't until I tied on a size 10 Killer Bug that I finally got a hit - which I missed. And it wasn't until I stopped fishing to fish I had seen and started fishing blind that I finally caught a fish. Fairly quickly thereafter, I caught a second. Both were caught in spots that many if not most anglers would walk past to get to the next "good spot." Keep in mind that you can find less pressured water even on highly pressured streams. Fish where other people don't. 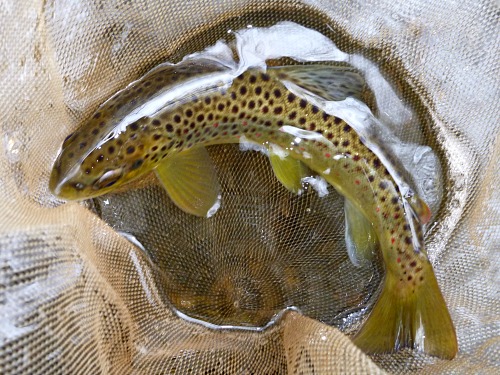 As in recent trips, I fished a long keiryu rod. My weapon of choice Friday was the Suntech Kaname 63, which I like better each time I fish with it.

I learned something on Friday which seems obvious but which I had not realized before. If you have a long rod, and a relatively short line that you can fish nearly vertically, you can very easily fish just on the other side of a rock, using the rock to hide behind.

OK, here's what I hadn't realized before (and you're going to think I'm pretty slow for not knowing it all along). When I think of hiding behind a rock, I think of being right up to the rock and peeking over or around it. What struck me Friday was that as long as the rock was between me and the fish, I didn't have to be anywhere close to the rock. With a 20' rod, I could be 20' away from the rock and drift a fly just on the other side of it. With the rock between me and the fish, the fish has no idea I'm there whether the rock is near me or near the fish.

Another advantage of a 20' rod is that you can fish on the other side of a pretty big rock. If the rock is any size at all it will disrupt the water's flow and have a pillow of reduced current all around it. There is a very good chance that there is a fish (or four) around the rock. And since the fish are going to be around the rock, it is probably much better if you aren't!

I should have taken a photo of the rock that made me realize I could fish the other side, where there was no easy way that a guy with a western rod and PVC line could get a good drift, and where there was no way the fish could know I was there. 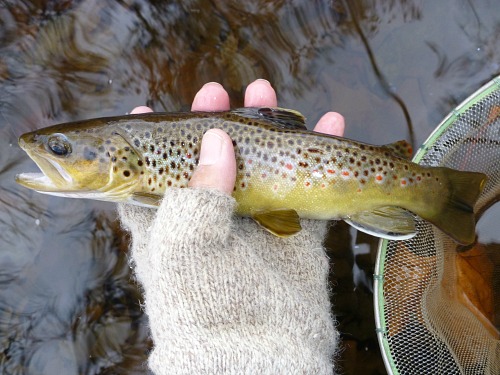 After spending more time on that stream than we had planned, we moved to another. It turned out that the water in the second stream was so low that we spent what little time we had left at just one deep pool. I managed to catch one trout and two fallfish.

It is a smaller stream, so I switched from the 6.3m Suntech to a Nissin 540ZX soft (which is a nice rod for medium sized streams with modest fish.) 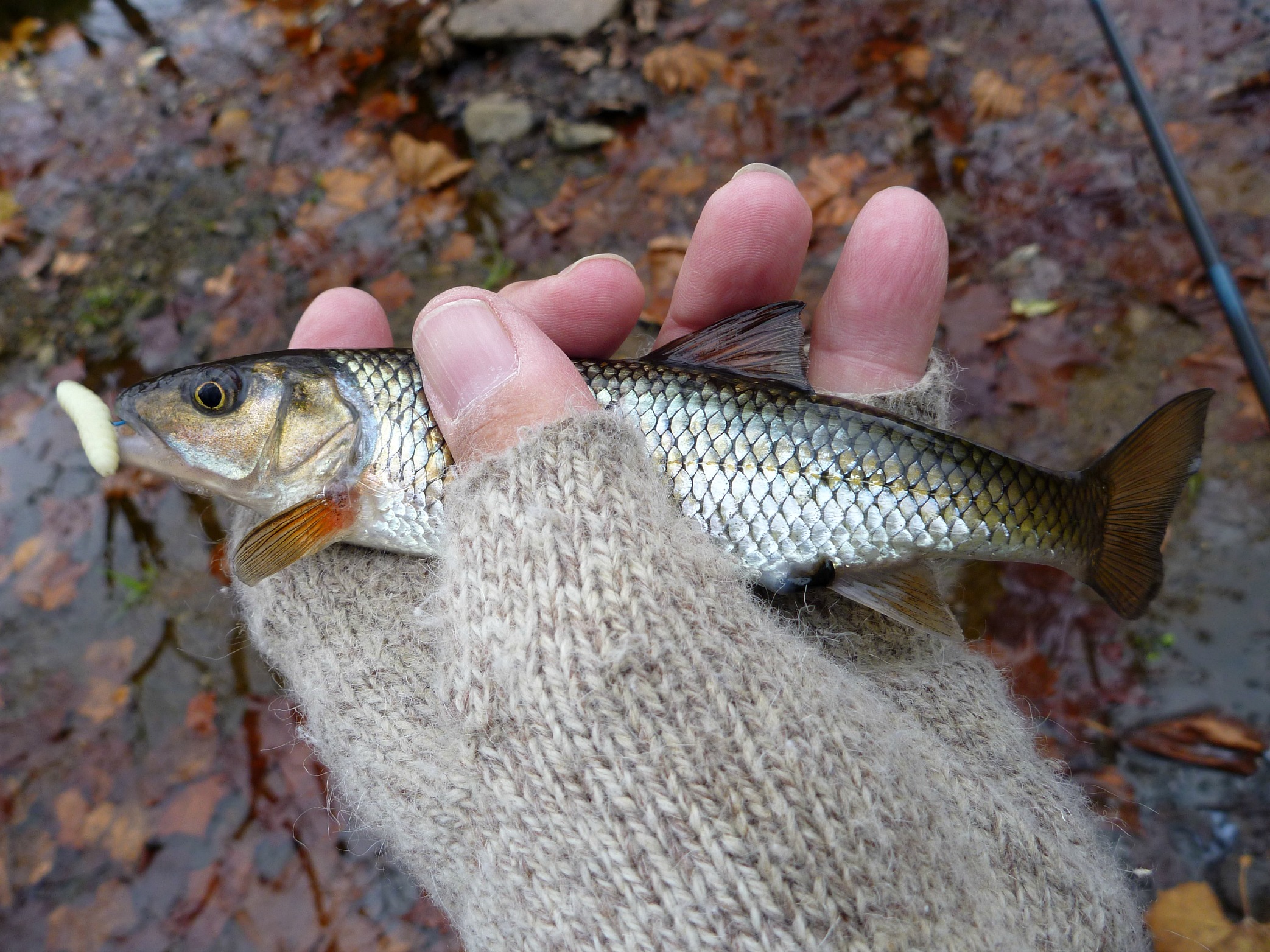 I had fished there before with one of the rubber grubs (artificial wax worms?) that are available in Japan. It worked well then and worked well again on Friday. I have not imported them for TenkaraBum.com because they are not exactly inexpensive, but they do seem to work. They are not scented in any way, so they should be legal in any water that is "artificials only" although they would not be legal in "fly fishing only" water. [Update: I now have the Nikko Wax Worms in stock.]

I'm sure fly fishing purists would never fish with them. Not being a fly fishing purist, or even a keiryu purist, I like them. They're effective, easy to use, they stay on the hook well and I don't have to hide them in the very back of the refrigerator between trips. 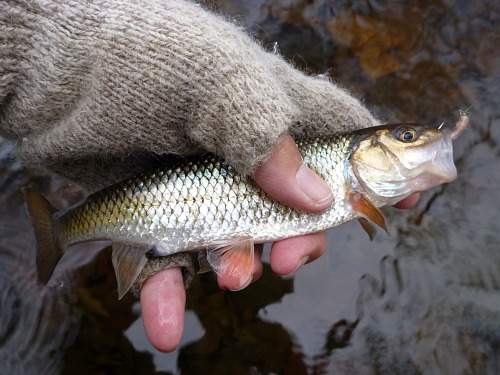 Of course, just a plain old Killer Bug works, too.