Today's trip was a follow-up on my 10-20-18 trip report, in which I experimented with using the TenkaraBum Tactical Nymphing Sighter .013 as a tenkara line with the Daiwa Enshou LL36 and the TenkaraBum 36. For this trip, I wanted to see how light a line I could cast with a seiryu rod.

I recently finished a seiryu rod page suggesting fishing for the small fish in the town park so I decided to take my own advice and go to Central Park. Besides, there was a 50-50 chance of rain all day so I thought I might only get an hour or two between showers. 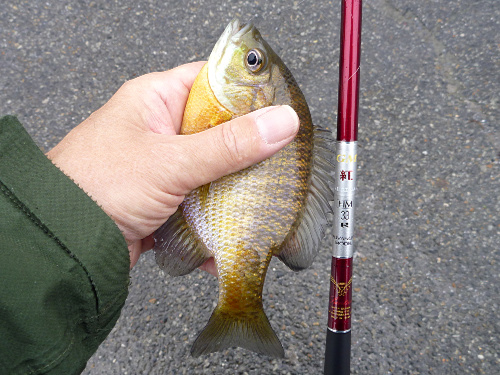 Knowing that the TenkaraBum 36 was able to cast the .013 Tactical Nymphing Sighter (Japanese size 4), and that seiryu rods do well with light line, I started out with the .011 sighter (size 3). I was a little surprised how well the Suntech Kurenai HM33R was able to cast it. 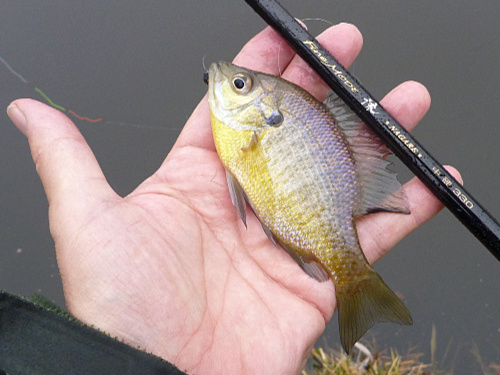 I then tried a Nissin Fine Mode Nagare 330. This is the 中硬 model, what I call soft, which is a different model than the 硬調 (stiff) model that is covered on the Fine Mode Nagare page. The soft model is rated for lighter tippets (7X vs 6X) but it doesn't seem softer. It seems more tip flex, although not as much as the Suntech Kurenai. The Fine Mode Nagare cast the size 3 nylon just as well as the Kurenai. 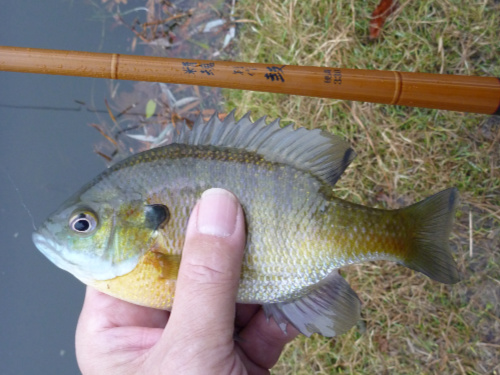 I then tried one of the softest rods I've ever measured, the Nissin Seikon Bessaku Tsuzumi. It cast the size 3 line so well I was sure it could cast an even lighter line. And it could. It cast a size 2.5 nylon line (Tactical Nymphing Sighter .010) with no issue. Of course, then I had to try the 2.5 with the Fine Mode Nagare and the Kurenai, and they cast it just fine also.

Not one to leave well enough alone, I had to try the .008 sighter (size 1.5). Well, with a heavy fly (size 10 Tenryu Kebari, size 20 bead head black Killer Bugger, or size 12 bead head black Killer Bugger) I could cast it, but I was clearly casting the weight of the fly rather than the weight of the line. It wasn't chuck and duck, but it wasn't a smooth, tight loop cast either. With a thread bodied size 12 kebari, it was difficult to get full extension of the line. 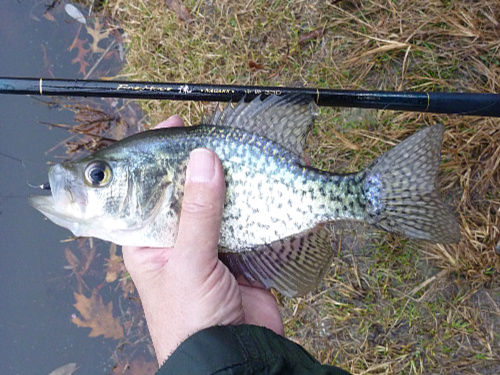 I then went back to the size 3 line (.011 sighter), which was easier to cast, and was much smoother with the heavier size 12 bead head Killer Bugger than the lighter line had been. With that combination, it did not take long at all to change a "many" day into a "many, many" day.

The .011 Tactical Nymphing Sighter works well with the 330-340 length seiryu rods, and if you tie two of the sighter sections together, a line the length of the rod will have white on one end and the orange and chartreuse bands on the other end. If you tie a figure 8 knot in both ends, you can tie either end to the rod tip, leaving a line that is white on the tippet end when you need stealth or orange/chartreuse when you need maximum visibility. You could do the same with the size .013 sighter, which will cast more easily than the .011 line.

Of course, you could always just use size 2.5 fluorocarbon Oni line, which casts even better than the .013!