Today was a multi-method, multi-species day. It would have been a "many" day had I stayed where I started and continued to fish for trout.  After a while, though, it got to be just too easy so I went in search of new waters and new fish.

I started out on a little stream that has a very nice population of wild trout. It doesn't seem to get much fishing pressure, I suppose because most of the fish are pretty small. I lost count of the number of fish I caught, but the biggest was probably only about 7" long. I have caught much larger fish in this stream, but they were few and far between.

Last weekend I had tried seiryu fishing with a small float and bait in a stream where I always catch a mix of trout and fallfish (plus the odd shiner). On that occasion, I only caught fallfish. In the stream I fished today, I have never caught fallfish, only trout and very rarely, a redbreast sunfish. I was thus pretty sure if I caught anything with my float and bait, it would be a trout. 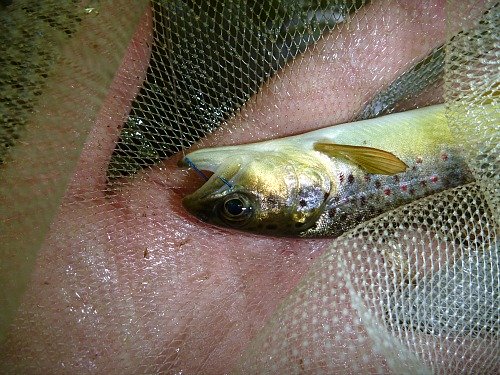 And sure enough, it was. On the first fish a strange thing happened on the way to the net, though. Another trout, about the same size, kept trying to take the bait out of this trout's mouth. I've seen bluegills and smallmouth bass "shadow" a hooked fish, but I've never seen a trout do it and I've never seen any fish try to take something away from a fish that had it. I was using waxworms, and for a trout this size they would be a comfortable mouthful. Hooked as this one was, the waxworm would have been exposed and the second fish definitely wanted to steal it.

The general perception among fly fishermen, most of whom are catch and release anglers, is that bait fishing results in substantially greater fish mortality because of deep hooking. Most studies support this belief. I have seen one that showed an "active" bait fishing method reduces mortality to essentially the same rate as for spin fishing. It also suggested that the studies showing substantially higher mortality used a "passive" fishing method which allows the fish to swallow the bait.  Active fishing is setting the hook at the first indication of a take - basically, reacting as quickly as you do when fly fishing. 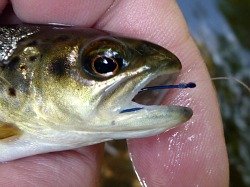 I was fishing with a Unibobber, which is designed for fly tying but which also works as a very small and very sensitive float or indicator. Bites were immediately obvious. For that matter, because the water was relatively low and clear, and waxworms are light colored and could generally be seen under the surface, many takes were seen.

Every fish I caught, and I caught enough to lose count, was hooked in the mouth in just the places you hook fish when fishing flies. Even with the fish shown in the photo just above, which was caught when I was distracted and felt the take rather than saw it, the location of the hook was right where a fly would be. For seiryu fishing with a light line held off the surface and a sensitive float, I really do not think deep hooking or fish mortality is any more of an issue than it is with fly fishing. 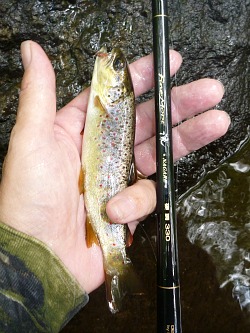 That said, I will not do much more seiryu fishing for trout - and might not do any more, for that matter. The reason has nothing to do with mortality. It also has nothing to do with the common perception among fly fishermen that bait fishing is easier. I caught as many fish after I switched to flies as I did with bait. For the times I have done fly fishing and bait fishing back to back, the fly fishing was at least as productive.

Actually I find fly fishing to be easier, although that may be because I am much more experienced in fly fishing than in bait fishing in streams. To me it is also simpler and less messy.

Although I see fly tying (as opposed to fly fishing) as a separate pursuit, it is or at least can be a creative outlet. For anglers who tie only one fly, and an extremely simple one at that, it is pretty clearly not a creative outlet, and is just a means to an end. Even for them, though, feathers and thread stay on the hook much better than any bait so there are practical if not artistic advantages.

After I switched to flies, I stayed with a seiryu rod. For the size of fish I was catching, they are just ideal. Very light, very sensitive and perfectly matched for both the fish and the stream. The Nissin Fine Mode 330, with which I had previously only caught larger than expected fish, proved well suited for the 5-7 inchers I was catching. 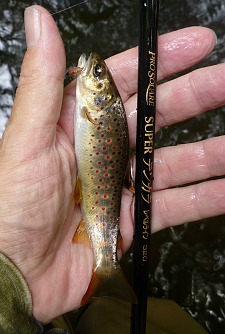 I then switched to the Nissin Pro Square Level Line 320, which is just a delightful little rod. Basically, it feels like a seiryu rod with a cork grip. I don't know why Nissin calls it a Level Line rod rather than a 5:5. It is a softer rod than either the Pro Spec 6:4 or the Zerosum 320 6:4. With a size 3 line, you can feel it load all the way to the cork. It doesn't take much of a fish to put a bend in it either. Fun rod.

I don't know how many fish I caught - a lot - and it was just lunch time. Rather than stay where I was and have an afternoon that I suspected would be a mirror image of the morning, I decided to seek other waters and other fish.

For some time I have wanted to fish a little stream that I had seen every time I rode the train to fish in the suburbs north of the New York City. The Saw Mill River starts in Chappaqua and runs for a bit over a mile quite close to the Metro North commuter rail tracks. (It continues on to the southwest and eventually flows into the Hudson.) It looks very fishy - little fishy to be sure, but fishy nonetheless. I had a rental car today, which gave me quite a bit more flexibility to explore. Access proved to be more difficult than I had expected, but I finally found a spot in the next town to the south where the Saw Mill went under a side street and where there was also a convenient place to park.

I should have taken a photo of the spot, but picture a brook that with a running start you could jump across. It was probably about 8" deep and had a flat bottom of small rocks, pebbles and sand. As soon as I approached the brook (I have a hard time calling it a river) I saw fish - lots of fish. There were at least two species and probably three. The largest were probably 4-5" and there lots of 2-3 inchers of a different species.

I quickly went back to the car and rigged a Soyokaze with 2# test line, a Unibobber and a tanago hook baited with a speck of waxworm. On my first cast the fish all scattered. As soon as the float and bait hit the surface, though, they came back to investigate. Within seconds, one of the larger fish saw the baited hook and made a beeline for it.

It turned out that the larger fish were creek chubs, and it also turned out that I had left my photo tank in the car. Rather than taking a picture of the chub in my hand I threw it back and went to retrieve the photo tank, confident that I could get a better shot in no time.

Well, "in no time" should have been "at no time." When I returned, the creek chubs, which had been quite evident and quite aggressive, were nowhere to be seen. For the entire time I was there I did not see another creek chub. They talk. They must - that or give off fear pheromones, because they just vanished. Note to self: take the shot. Take lots of shots. You don't have to use all of them or even any of them but you may never get a second chance. 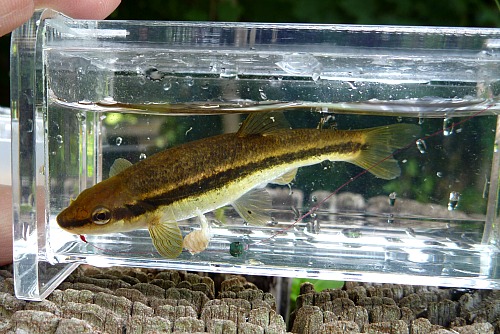 Without the chubs around to bully them and cut in line, the smaller fish were fairly easy to catch. I'm pretty sure they are blacknose dace, but there are a lot of species that have the same basic coloration. I caught several and then decided to find a different spot to see if I could catch something else.

A bit further down the Saw Mill River Parkway I saw another spot where a bridge on a side street would give me access. For this spot I needed a longer rod and ended up using the Shimotsuke Tenkara 3.3. In this second spot, I could not stand next to the stream and had to actually stand right at the side of the road. I've seen too many dashcam shots of cops getting hit at the side of the road to want to stay there very long at all. One small bluegill and I was out of there without even pausing long enough to take a picture.

I had time for one last stop so I headed over to the North White Plains Metro North station. There is a pond there, basically a wide spot in the Bronx River, in which I’ve caught largemouth bass and bluegills. I figured there might be some baby bluegills or baby bass around.

The water was milky, with very little visibility and floating clumps of algae (at least I think it was algae - and I'd hate to think of what it might be if it wasn't algae). I saw some small fish and caught this baby largemouth. Given the poor water quality, I doubt I'll go back there. There are too many new waters to explore. 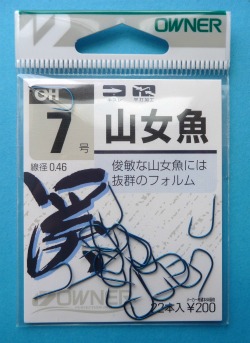 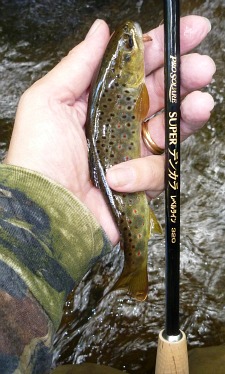 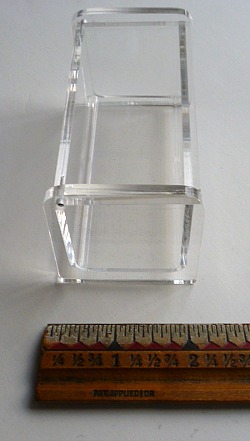