And, like the SP Pro line, this is a Fujiryu (Fuji style) Tenkara line, made by tenkara master Hiromichi Fuji.

Because of the taper (and the weight relative to level line) it casts very nicely. Because it is nylon, it weighs less and thus sags less than the fluorocarbon SP Pro. Because it is nylon, there is minimal water absorption so it doesn't get heavier as you fish, unlike a line made from thread. 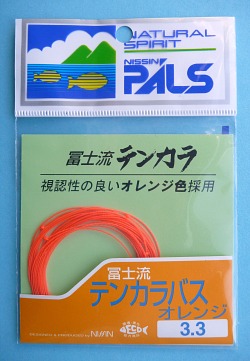 The first lines I ever used with a fixed line rod were furled. I soon switched to level lines and have preferred them ever since. That said, I know that many people prefer furled lines.

If you have watched any videos of Sebata san fishing, you will have seen him fishing a bright yellow nylon twisted line. The only significant difference between this line and the Sebata's line is the color. Both are twisted, tapered nylon lines.

The main reason I like level lines is that they are lighter and thus easier to hold off the water's surface. There is a trick that allows you to keep the Nissin PALS Orange nylon tenkara line off the surface, though. All you need to do is adopt my "long rod, short line" approach to tenkara. When fished with a 3.6m rod, the 3.3m line was quite easy to hold off the surface. With a 3.9m rod, the 3.6m line would be as well.

If you are fishing with a relatively large, stiff-hackled kebari, its resistance to being pulled through the water will also help to keep the line off the surface. 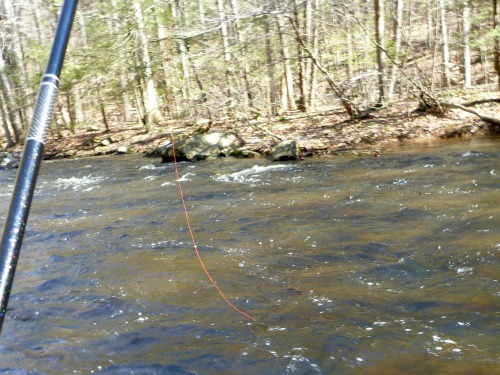 To date, I have fished the line only with the Suntech TenkaraBum 36, which seems to cast any line well. I do think the line will cast well with a wider range of rods than the Fujino lines, though, which do better with softer rods. Still, for stiffer rods like the Daiwa Kiyose or Suntech Genryuko, the Nissin PALS SP Pro would be a better choice. 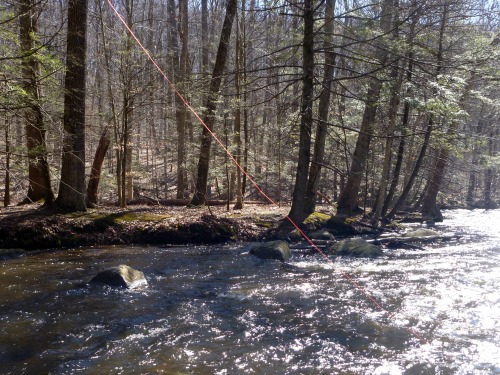 One of the biggest problems with most hi-vis lines is that they become very hard to see when looking directly into glare. The Nissin PALS Orange line is thick enough (and ORANGE enough) that even if you cannot see it right at the water's surface, you can easily see it higher up.

Twitches and hesitations are not quite as visible higher up the line, but you will still be able to see some strikes than you would not have been able to see with a thinner, less vibrant fluorocarbon line.

That goes for fishing late in the evening as well, after the sun has dipped below the hills. In low light conditions, even the brightest fluorocarbon lines become harder to see. The much thicker multifilament construction and much brighter color make the Nissin PALS Orange nylon line quite visible long after a thinner level line disappears. Thus, even tenkara anglers who prefer a level fluorocarbon will find times when this line is a better choice. 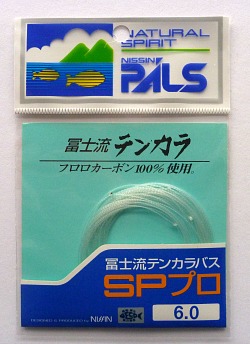