Tenkara as we know it today was developed to catch trout (amago and yamame) and char (iwana) in small mountain streams. The fish are not very large, reaching no more than about 15", and most are much smaller than that. Because both the streams and the fish are small, there was never a need for long casts or reels to hold excess line. A long bamboo pole and horsehair line was sufficient.

As in the West, the first Japanese flies were wet flies. In Japan, however, there doesn't seem to have been the equivalent of an F. M. Halford, who believed flies should be exact imitations of the natural insect, and fly fishing should be upstream, with a dry fly, and only to a rising fish. Through his extensive writings, Halford had a commanding influence on a generation of fly fishermen, and has a lingering influence even to this day. The Japanese of Halford's day and really up until very recently fished for food, not for sport, and the tenkara techniques they developed were simple, efficient and effective in putting fish in their baskets and on the table. In Japan even now, most tenkara fishing is done with wet flies and the flies in no way attempt to match specific insects.

The typical Japanese tenkara technique is to fish a single wet fly perhaps 2 to 5" under the surface. Unlike most wet fly fishing in the US, they are generally not "swinging wets." They fished upstream, quartering upstream, or directly across. 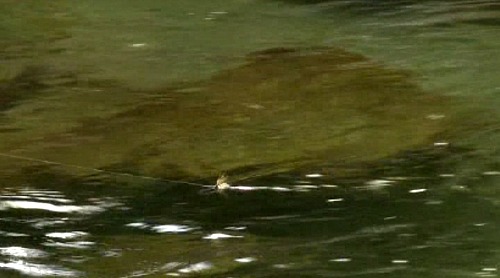 They also fish downstream, but not on the swing. Wet flies can be fished at the surface if the line is held tight, allowing the current to push the fly to the surface.

When fishing upstream or up and across, drifts tend to be relatively short, as one cannot strip in line, and must raise the rod tip to keep the line tight. As the rod gets too high to allow an effective strike if a fish takes the fly, the fly is picked up and another cast is made.

I have noticed that a large percentage of my fish are hooked just as I pick up the fly to make another cast. As you pick up to make a new cast, the action of a wet fly ascending to the surface seems to be a powerful trigger causing fish to strike. Fishing a wet fly with short drifts means you pick up more frequently, providing more triggers to more fish.

At all times, the rod is kept relatively high to keep the line relatively tight and off the water. With the end of the line off the water (only the tippet and fly in the water) it is significantly easier to identify strikes. And with a tighter line, it is much easier to hook the fish that do strike.

Most Japanese tenkara anglers do not fish with weighted flies. To allow a deeper drift, it is necessary to cast further upstream from where the fish are expected to be, and the line must be a bit slack to allow the fly to sink.

Although much is written (including by me) about achieving a drag-free drift, it is often more productive to manipulate the fly to give it the impression of life. In the US, the most common or at least most written about manipulation is the "Leisenring Lift." Of all the Japanese tenkara techniques, the one most written about is surely the "sasoi" technique that translates into English as the "invitation." The invitation is a rhythmic pulsing of the wet fly that is done by very slightly raising and lowering the rod tip. This is done most commonly with the sakasa kebari or reverse hackled flies (flies in which the hackle slants forward over the hook eye rather than backwards toward the hook bend).

As the rod tip is raised and the line is tightened, the fly is pulled forwards and upwards slightly, causing it's soft hackle to bend backwards. As the rod tip is dipped slightly, the fly sinks a bit further in the water, and the hackle opens up and bends forward. This rhythmic pulsing of the hackle makes the fly look like it is alive, and it draws or "invites" strikes.

The pulses should be very subtle, though, as the rod tip only has to move a few inches to take up the slack and open and close the hackle, and it only takes the slightest movement to suggest life. We're talking about a struggling insect here, not an Olympic swimmer. Also, if you tug the line to the point that the line "bounces" around, you'll find it much harder to detect strikes. Your pulses should be enough to open and close the fly's hackle, but not enough to make your line bounce.

I have just touched on fly manipulation, but it really is one of the main aspects of tenkara, and it is perhaps the one that is most different from modern Western fly fishing. That said, fly manipulation was used in European traditional fly fishing, when anglers used long rods and horsehair lines tied do the rod tip.

We think of rooster hackle being used for dry flies and softer hen or game bird hackle being used for wet flies. However, stiff rooster hackle is in fact used in some tenkara flies - and they are wet flies! Floatant is not added to the fly, so after the first few casts it will sink. What the stiff hackle does is act like a drogue chute (an underwater parachute). It resists the pull caused by line sag.

Even when not anchoring the fly in an eddy, the stiff rooster hackle helps to keep the line tight by resisting the pull of line sag, and that will give you better drifts.

Throw Away the Fly

One Japanese tenkara technique  that does not seem to have a direct counterpart in western fly fishing is called "sutebari" in Japanese, which literally means throw away the fly. The technique is to throw or cast the fly to several spots upstream and quartering upstream of where a fish is expected to be. With no drift at all - just touching down and very quickly picking up again, the goal is to attract the fish's interest. Then a cast is made to where the fish is expected to be, and an immediate strike is expected.

Tenkara no Oni demonstrated this technique on a pond at the Sundance resort during the 2018 Oni School. It was easy to see the fish in the pond, and it was clear that the technique got them excited. Oni caught several fish during his demonstration.

For nearly all American fly fishermen, fishing deeper means adding weight, which can be either split shot attached to the tippet or weight incorporated into the fly with a bead head or lead wraps. Most tenkara fishermen in Japan do not use weighted flies (although some do), so the ability to fish on or even near the bottom is limited.

In his tenkara demonstration in the Catskills in 2009, Dr. Ishigaki said that to fish deeper one generally casts further upstream of your intended target, which gives the fly more time to sink. The following year in California, he demonstrated a technique to use when fishing pocket water and plunge pools, which are common in many high-gradient mountain streams.

To use this technique, you do not keep your line tight or off the water. Instead, cast above the pool and let the little waterfall at the head of the plunge pool take your line with it when it drops into the plunge pool. With a little slack, your your line will effectively be driven down with the force of the falling water. You can then take the slack out of the line and fish the depths of the pool.

The problem of course is that if a fish takes your fly when you have slack in the line it will spit it out without you even knowing you had a strike. Also, if you are not fishing in a high gradient mountain stream, you will have a hard time finding a plunge pool. One other problem on many of our rivers is the moss on the rocks. It is not uncommon to cast above the plunge pool and have your fly snag the moss on the rocks that form the plunge - which ruins the presentation. 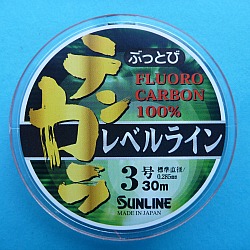 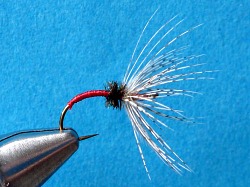