Why is Tenkara so Effective?

As I understand it, tenkara was developed in Japan over 300 years ago by market anglers who fished small mountain streams for a living. If they didn’t catch fish, there was little to eat or sell. The way they fished had to be effective and efficient for them to survive.

Tenkara is also productive in the United States, though we have broadened the definition and usage of the Japanese method to fit our waters. I’ve been tenkara angling for six or seven years now, and the main reason I enjoy it is that I catch more fish. Yes, the casting is beautiful, the scenery relaxing, and the exercise beneficial; but the aim is to catch fish.

I’ve witnessed a number of nearby anglers getting skunked, while fish continued to respond to tenkara. A few have even asked me why I’m casting my “cane pole” that way. Some ask what I’m using for bait. They’re surprised when they see that I’m casting tiny flies . . . not even a live worm or minnow . . . maybe something as simple as a Stewart’s Spider.

What makes tenkara so effective? I’d like to suggest six points from my limited experience. Perhaps you can add more.

I urge you to try tenkara. Get yourself a good rod, give yourself a little time, and see how productive it can be. 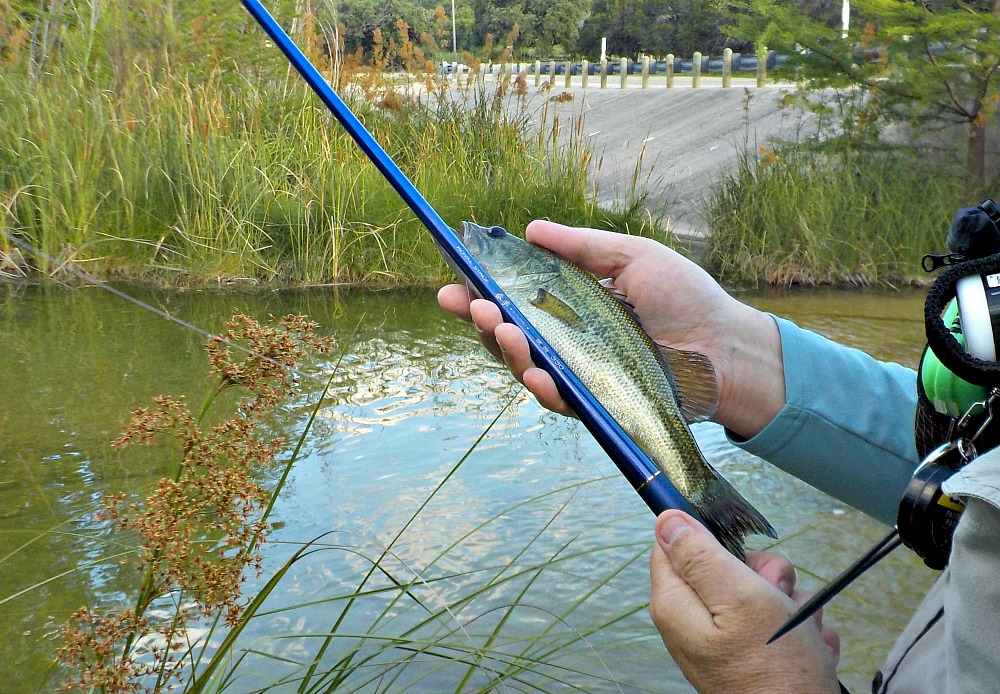 You can fish almost anywhere

Great article John! I would add another point and that is better manipulation of your fly or lure with a Tenkara set-up. This week I am going to be teaching a beginner fly-rod spoon fishing with Tenkara rod. The direct connection with the lure or fly allows the fisherman or fisherwoman to add "life" to the offering. One of the biggest lessons I have learned that has lead to many many more fish is following the lessons of "Tenkara In Focus." J.P. and Paul have several videos on manipulation. I have come up with 6 different manipulations of spoons that give them life!

This point is almost the opposite of John's point number 2. Fly (lure) manipulation is intentional drag that allows the fisherman or fisherwoman to feel the direct connection with the fly (lure) when the fish hits! For years I was a fly fisherman with a limp line most of the time rather than a tight line. With a tight line, you have much more line off the water, so the fisherman or fisherwoman is really in control of the drift when the fly (lure) is not being manipulated, but being allowed to drift with the current.

A big benefit with a tight line is it cuts down on one's reaction time when a fish does hit! As the water cools, it won't be long and I will be fishing by dredging the bottom with tungsten beadhead flies, and the sensitivity and backbone of the Suntech Fine Power with a tight line gives me a big advantage over my fly fishing buddies. Last winter, I averaged a 3 to 1 advantage in hook-ups.

With my long rod, I'm able to really pick the pocket water without drag. Also as John alludes to in point number 1, with Tenkara you can make very short (duration) and effective drifts. One of my "ah!" moments was watching a video from "Tenkara in Focus," where I learned that an effective 6-12 inch drift catches more fish than milking a drift as long as I can, I began catching way more fish. More casts to potential fish leads to many more fish!

For me it's lightness of the rods and presentation. I have a torn rotator cuff and Tenkara (Seiryu) still allows me to fish. Also the connection to the fish is something else!

Be sure to include your name and which page your comments are for.

At least for now, that link goes to the TenBum Store.

TenkaraBum Home > Your Tenkara Stories vol. 2 > Why is Tenkara so Effective