The full name for the Suntech Kurenai PROSPEC 33 is Kurenai PROSPEC Hai Competition 33. Although "hai" is generally translated from Japanese to English as "fly", it is also one of several names used for the Pale Chub (zacco platypus). And yes, there are fishing competitions for Pale Chub.

If you are not competing, you do not need a competition rod. If you are competing, even though you don't absolutely need one, you would be at a disadvantage compared other competitors if you didn't have one. Consider a family car vs. a race car, or a bow used by deer hunters compared to a bow used by Olympic archers. Competition not only forces you to up your game, it forces gear manufacturers to do the same.

Even with the understanding that every rod is a compromise, the Kurenai PROSPEC 33 was designed specifically to eliminate disadvantages. 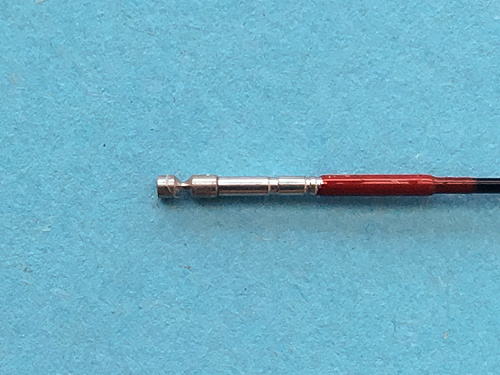 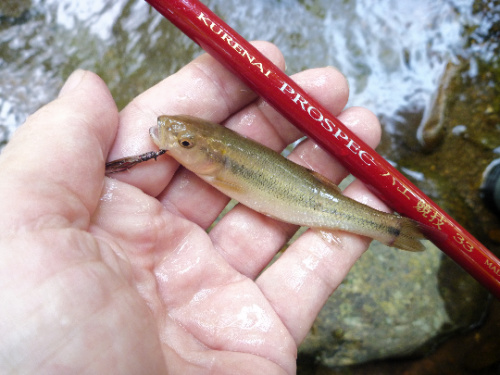 The Japanese Pale Chubs do not get very large. Most are no more than 5 inches. A large one might be 8 inches - pretty comparable to our Creek Chubs. The fishermen in the Japanese Hai fishing tournaments do not need a stiffer rod to handle larger fish, but a stiffer rod will give them quicker, more positive hook sets. 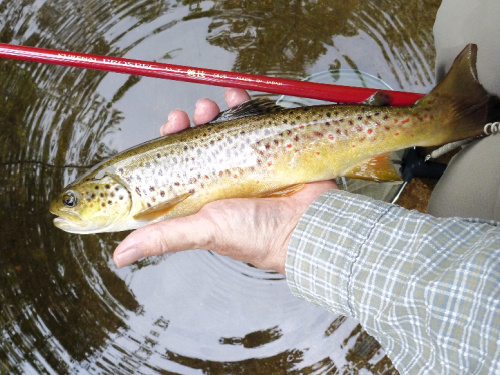 This 13 incher would be a bit large for a Kurenai HM33R.

In fact the overall rod is firmer than the HM33R, at 14 pennies compared to 9. You don't need a 14 penny rod to catch chubs, but the firmer rod does allow competition anglers to bring in their catch more quickly.

In the US, people don't need to bring in chubs more quickly. Most people here aren't going to use the rod to catch chubs, anyway. They'll use the rod to catch trout, or possibly sunfish. The thing is, though, when fishing for trout, you just don't know how large the trout are going to be, and when fishing for sunfish you just don't know when you might hook a bass.

A 14 penny rod will handle larger fish without risking the rod.

In their description of the Suntech Kurenai PROSPEC 33, Suntech says it is important that the rod be an extension of your arm, and that it has no weight. Suntech has not succeeded in making a  weightless rod, but the Kurenai PROSPEC 33 does weigh just 1.4 ounces without the tip plug (which of course is not in the rod when you are fishing so I leave it out when I weigh rods). That is considerably lighter than almost all other 14 penny rods, such as the Nissin Pro Square 7:3 320 or the Nissin Royal Stage 6:4 360 or the Tenryu TF39.

The only lighter rods I know of are either shorter or less capable. If you are looking for a light weight, 14 penny, 11 foot rod I don't know where you'd find a better one. 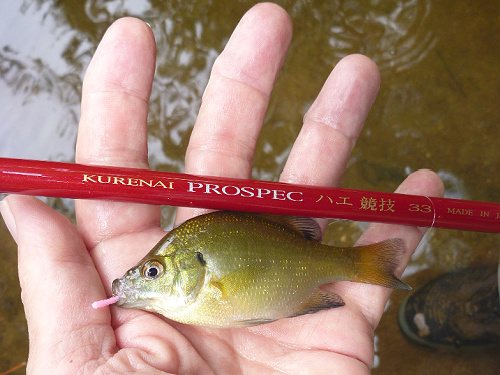 Small Bluegills are fun, too!

A small bluegill sunfish, found almost anywhere and everywhere, will put a bend in the rod (and if it doesn't also put a smile on your face check to see if you still have a pulse). 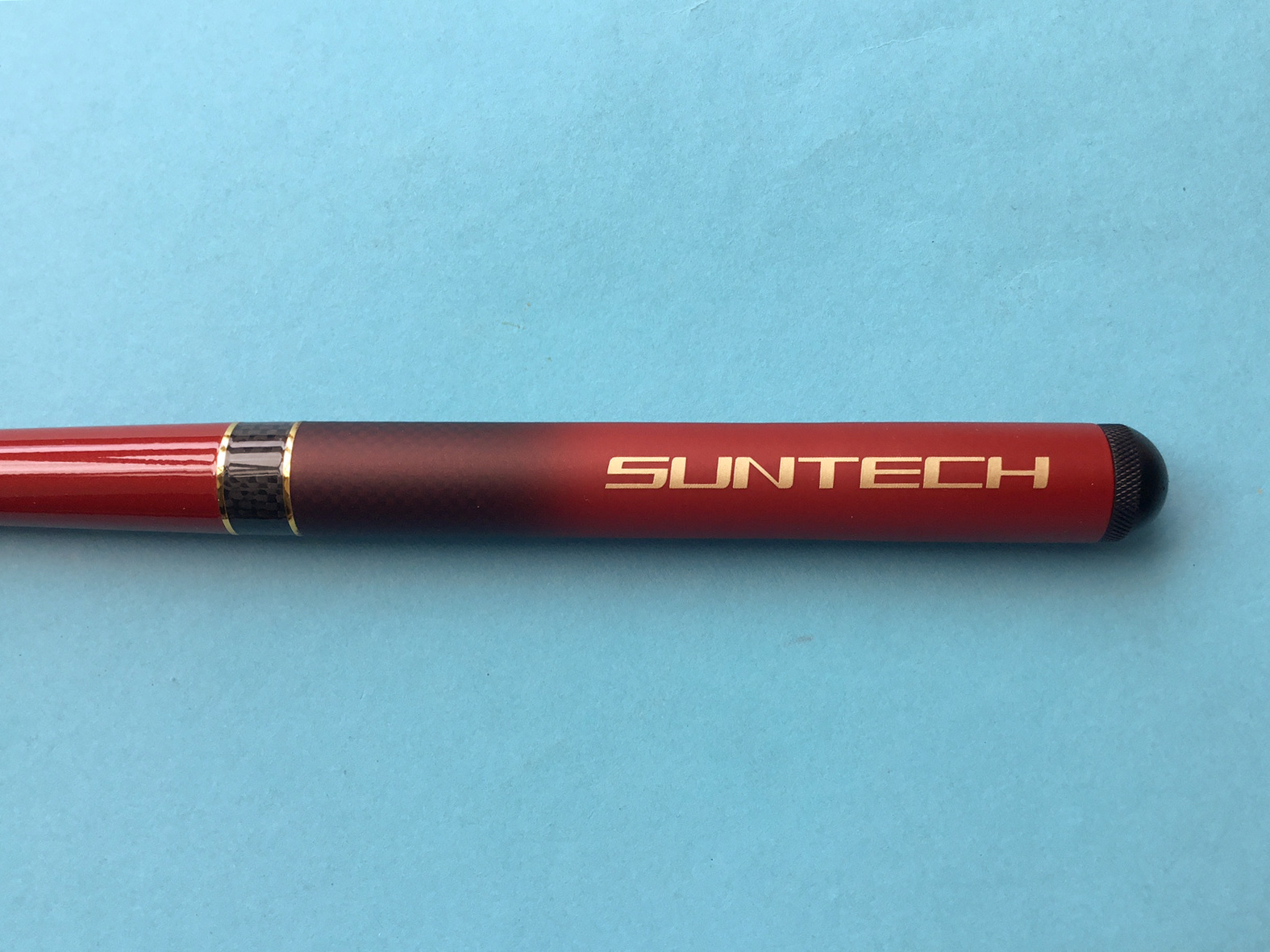 Designed and engineered by Suntech