Dr. Ishigaki is famous for his "one fly" approach to tenkara. My understanding of how that came about, though, is that the fly pattern he settled on was "as good as" rather than "better than" what he had been using before. That feeling was heightened while we fished together after the 2011 Summit. He has flies of different hackle color in his box and I asked him how he chose which to use. He said he just picked one. The color really didn't matter.

And that suggests to me, at least, that the method should perhaps be called "any fly" rather than "one fly." To further test that theory, when I was in Colorado visiting my sister the following week I tied a few flies with the materials that were at hand: Ginger colored hackles from her hens and a bit of dubbing from her yellow Labrador Retriever. Orange silk thread to hold it all together (that's what was already in the bobbin holder) and a barbless hook - required for Rocky Mountain National Park.

I was hoping to fool a few brookies or cutthroats with them. 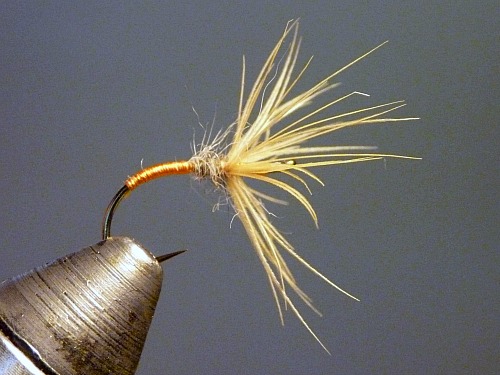 On my first try I wasn't able to fool a brookie or cut with the fly, which I've decided to call "Hen and Hound" based on it's thrown together materials, but I did fool a Big Thompson rainbow. 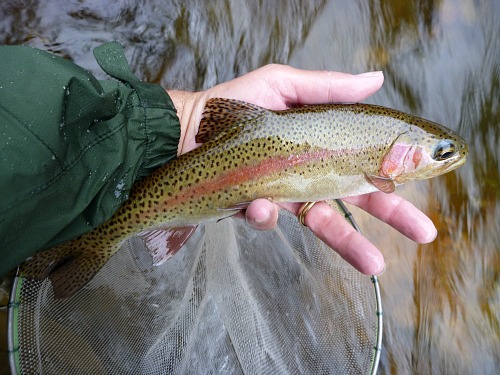 Later that week I finally did manage to fool a brookie with one of the Hen and Hound flies. He wasn't big, but he was beautiful, and sometimes that's all that matters. 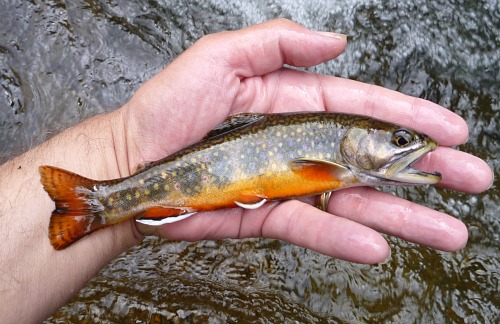 I really enjoyed fishing in Rocky Mountain National Park. The park is truly tenkara heaven. There are miles and miles of small streams, many of which seem to be chock full of hungry trout. Most of the fish I caught were in the 7-12" range, which is just about the size of fish for which tenkara was developed. 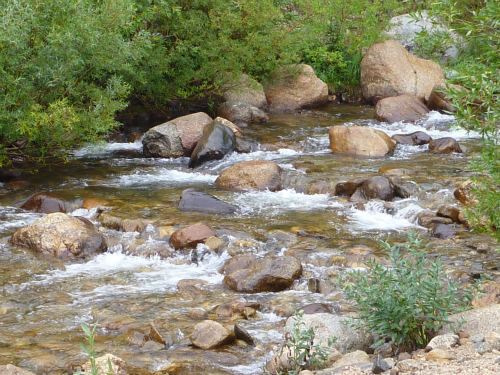 My largest tenkara-caught trout up until a couple years ago was taken in one of the small streams in the park, though, which underscores my feeling that if the streams you fish contain large trout (and any stream that supports natural reproduction will probably have at least a few) eventually you'll catch one. 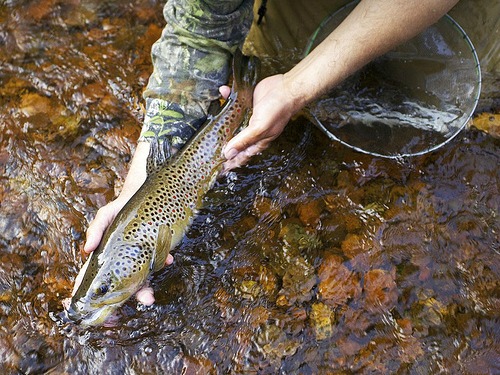 I fished a number of different flies on that trip, but all seemed to work. Each of the fish in the following photos was caught on a different fly.

Whatever puts a smile on your face. That's the way to fish.

I do like that Hen and Hound, though. The color stands out against dark water and a dark bottom, and it is more visible than a gray/grizzly fly when there are bubbles or foam lines. When fishing this fly I found I was able to watch the fly rather than the line much of the time.

I don't now have ready access to ginger hens or a Labrador Retriever. For substitutes, I picked up an hen cape that is only slightly darker and I was given some Golden Retriever dubbing. The resulting fly is still a Hen and Hound, and will still be a thrown-together fly made from what is available. And it still catches fish. 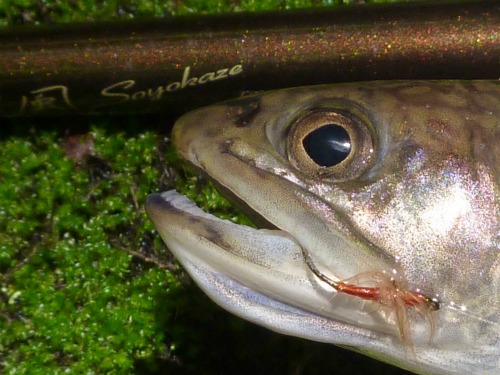