I have just returned after having been away for two weeks. Orders will be processed in the sequence they were received. I will get to yours as soon as I can. 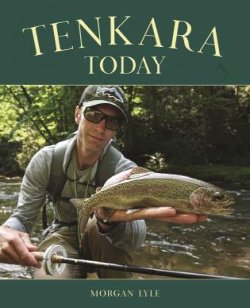 Morgan Lyle is unquestionably the best person to put that all on paper. He was there from the beginning.

He has been intimately involved in tenkara from that moment on. He knows all the players, and not being a competitor, he gets all of them to talk. I was there from the beginning, too, but there's a lot in Tenkara Today that I didn't know.
More info... 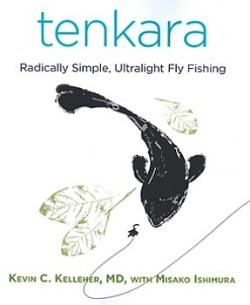 Dr. Kevin Kelleher and Ms. Misako Ishimura (both tenkara anglers) have written an introduction to tenkara for American anglers.

As an introductory work, which the first English language book on tenkara pretty much had to be, it covers a lot of different topics without going into extreme detail on any one of them. The origins of tenkara (at least to the extent they're known) are covered, as are the gear, the knots, techniques, flies, lines, backpacking with tenkara and tenkara for women.

Many of the fishing techniques outlined go beyond the scope of tenkara as practiced in Japan, but will resonate well with American anglers. More info... 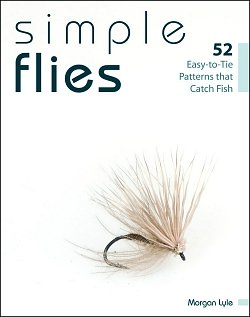 Fellow tenkara angler Morgan Lyle has gone one better and has written a book on simple flies. There are some tenkara flies in the book, the iconic Ishigaki and the Takayama Sakasa Kebari, and some, like the CDC & Elk on the cover and the Stewart Black Spider (the first of the 52 patterns) that are not Japanese tenkara flies, but are certainly simple flies that work very well with tenkara rods. And of course, my favorite, the Killer Bug, is in there as well.
More info...