The Nissin Air Stage Keihicho 540 is a very nice, light keiryu rod. While it could be used for big water tenkara fishing, the action is much more suited to keiryu than to tenkara. It is very definitely a tip flex rod, with a relatively firm midsection and relatively soft tip sections.

I had initially gotten it just to see what some of the nicer Nissin keiryu rods were like. Up until then, I had pretty much stuck with the lower end 450ZX and 540ZX rods. At the time, though, my goal was to carry rods that were equally suited to keiryu and big water tenkara - basically, rods that were more mid flex rather than tip flex. Thus, I did not order more of the Nissin Air Stage Keihicho rods beyond the one 540 and one 620 I got in for evaluation. I still have the 540.

For keiryu fishing though, whether with bait or with weighted nymphs, using a very light line and yarn indicators, the tip flex action is not at all bad and I am sure some anglers will prefer it. The firm midsection keeps the long rod from being at all noodley, and allows you to quickly get additional control over a good sized fish. The softer tip sections allow the fish to take the bait or the nymphs without feeling much tension on the line, which will cause them to spit out even live bait. 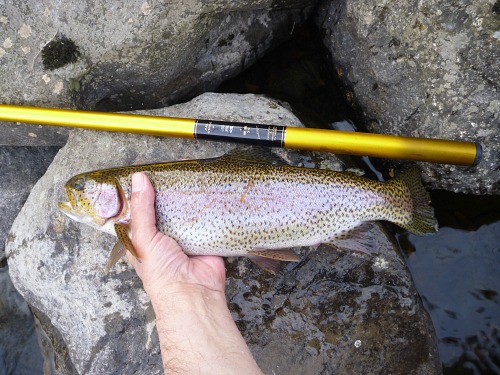 And even though fish will realize very quickly that an artificial nymph is not real, they will indeed hold onto an artificial nymph longer if there is less tension on the line. I have a customer in Europe who is lucky enough to get a month-long vacation, which he spends fishing in Norway. This past summer, he did extensive testing with a number of different rods and found that he consistently caught more fish using his softer rods. With stiffer rods, he felt more takes, but hooked far fewer fish because the fish were gone by the time he could set the hook. With a softer rod, he was able to see the yarn markers dip and set the hook before the fish spit out his weighted nymphs.

The whole rod does not have to be soft to take advantage of this phenomenon, but the tip sections do.

If you are fishing a short, tight line and leading your nymphs downstream a bit faster than the current (classic Polish nymphing), you can hook fish with a stiffer rod. I suspect it is hard for the fish to expel the nymph (essentially spitting it upstream) when you are pulling the line downstream. The hook gets caught in the corner of the mouth. 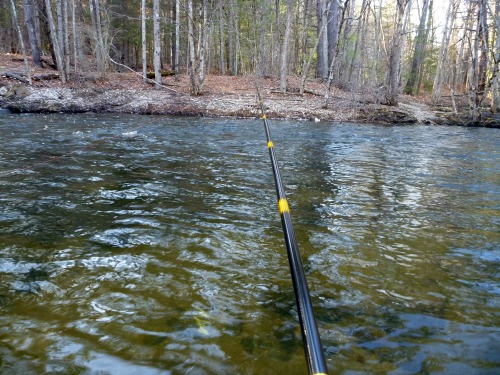 If, on the other hand, you are fishing in a traditional keiryu style, with a nearly vertical line and holding the line back a bit so that the nymph does not drift faster than the current near the bottom (which is always slower than the current on the surface), the fish will have no trouble spitting out the nymph it it feels tension. In that situation, softer tip sections, which reduce the tension on the line, can result in you seeing the indicators dip before the fish realizes the nymph is a fake.

Anyway, that is a fairly long-winded explanation of why, if you are interested in keiryu fishing, this rod may be of interest to you. 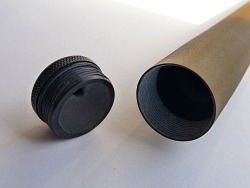 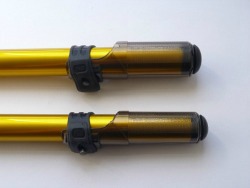